On Saturday, September 22, 2018 The French Government and the maker of Rafale fighter jet, Dassault Aviation clarified in their statements about picking their Indian Industrial partners in Rafale jet deal.

The clarification was made as former president of France, Francois Hollande was quoted on a website as calming that Government of India proposed the name of Reliance defence as its Indian partner in the Rafale deal.

Hollande was quoted by the website, saying, “We did not have a say in this. The Indian government proposed this service group and Dassault negotiated with Ambani”.

Should India take #FrançoisHollande’s bombshell over the #RafaleDeal at face value, or is there a need to be circumspect?https://t.co/m9EBTEbKbl

It said, “The French government is in no matter involved in the choice of Indian Industrial partner who have been, are being, or will be selected by French companies. In accordance with India’s acquisition procedure, French companies have the full freedom to choose the Indian partner companies that they consider to be the most relevant, then present for the Indian government’s approval the offset projects that they wish to execute In India with this local partner so as to fulfill their obligation in this regard”. 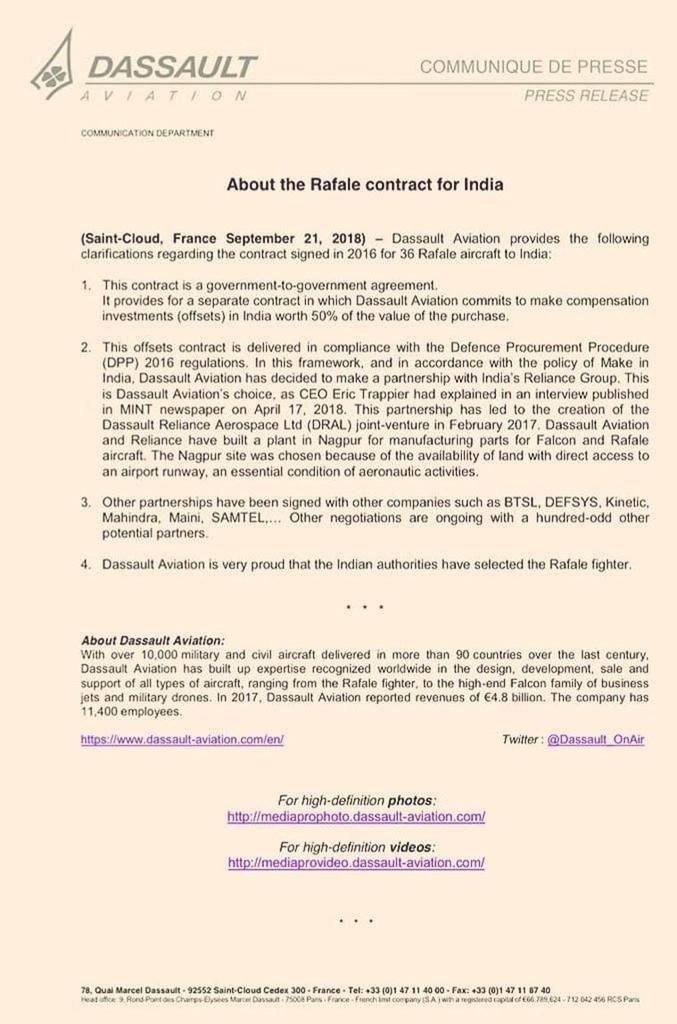 Manufacturer and supplier of Rafale jet, Dassault Aviation also said in a statement, “This offsets contract is delivered in compliance with the Defence Procurement Procedure (DPP) 2016 regulations”.

It said, “In this framework, and in accordance with the policy of ‘Make in India’, Dassault Aviation has decided to make a partnership with India’s Reliance Group. This is Dassault Aviation’s choice, as CEO Eric Trappier had explained in an interview published in MINT newspaper on April 17, 2018. This partnership has led to the creation of the Dassault Reliance Aerospace Ltd (DRAL) joint-venture in February 2017.”

It further said, “Dassault Aviation is very proud that the Indian authorities have selected the Rafale fighter”.

A news enthusiast by hobby, CM is the founder of Prediction Junction. He is always passionate to dig into the latest in the world and has a natural way of depicting his analysis and thoughts. His main motive is to bring the true and recent piece on where the world is heading.